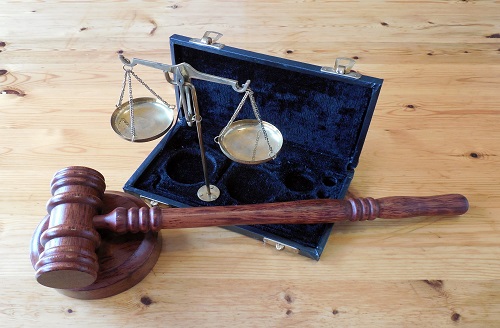 A Carmarthenshire dairy farmer has been fined for chaotic record keeping that may have contributed to the spread of bovine tuberculosis on his premises.

James Thomas, who owns premises known as Posty Uchaf in Abernant, was ordered to pay £14,000 in costs and a £120 victim surcharge at Llanelli Magistrates’ Court on Friday July 19.

All cattle are legally required to have animal passports and ear tags with a unique identification number that must be kept for life.

But during a series of visits to his premises between February and October in 2017, it was found many cattle at Mr Thomas’ farm were either missing ear tags or passports, or weren’t on BCMS (British Cattle Movement Service) records.

It was also found some animals had moved on the premises without permission while the farm was under tuberculosis restrictions.

During tuberculosis testing at the farm, a number of animals registered to the holding were found to be missing. Other animals produced were unregistered, with some having been moved on and off the premises without informing the BCMS.

Carmarthenshire Council, working closely with the Welsh Government and the Animal and Plant Health Agency, brought the prosecution.

Mr Thomas pleaded guilty to offences including breaching tuberculosis regulations, for which he was fined £2,000. He was also fined a combined £2,200 for a number of offences in breach of cattle identification regulations.

In mitigation, the solicitor acting for Mr Thomas advised the court that other employees helping run the farm at the time had failed to keep records up to date, although Mr Thomas apologised and accepted ultimate responsibility. The court was also informed that Mr Thomas, who is looking to retire from farming, was in hospital when animals were moved on to the premises during its tuberculosis restriction.

Cllr Phillip Hughes, Carmarthenshire Council’s Executive Board Member for Public Protection, said: “The council works closely alongside partner organisations to ensure full traceability of products from our farms, and this shows we will take action when poor record-keeping puts the health and welfare of animals at risk.

“Cattle identification isn’t just a legal requirement – it’s also essential to control the spread of animal disease in the event of an outbreak, while helping farmers improve production and profitability.

“The contribution of agricultural businesses to Carmarthenshire’s economy is hugely appreciated, but farmers must comply with legislation to maintain the county’s excellent reputation for high quality produce.”