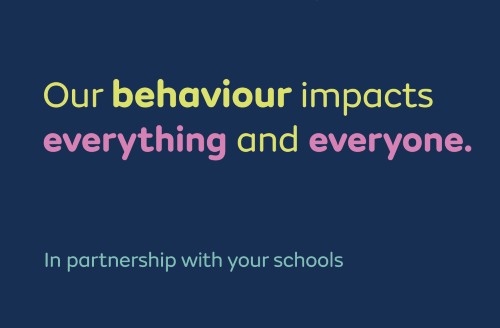 “I’m genuinely really scared for the generation coming through”

These are some of the comments Carmarthenshire pupils and teachers voice in a campaign which aims to improve behaviour in the authority's Secondary Schools.

The campaign is a joint effort between the County Council and C.A.S.H – Carmarthenshire Association of Secondary Headteachers.

Across Wales, many teachers have shared experiences of witnessing a deterioration in some pupils’ behaviour since returning to formal education after covid lockdowns. Examples of such behaviour include using offensive language with classmates and teachers, being rude in lessons and vaping in toilets during lessons.

For the benefit of pupils and teachers, Carmarthenshire Council supports their Headteachers in their attempt to act to remedy the situation.

Pupils and teachers from ALL the County's schools attended an experience-sharing session at the County Hall in July. A cross-section of comments was recorded and used to create a video that is part of the campaign. The video will be shown in all Carmarthenshire Secondary Schools in September and will be shared through social media. Information on the campaign posters and banners will direct pupils to sources where they can get further advice about the importance of improving behaviour.

On behalf of C.A.S.H, James Durbridge said: "As teachers, we understand that there are sometimes complex reasons behind pupils' misbehaviour and, without a doubt, we want to support those pupils.

"But as the title of the campaign video explains - Our behaviour affects everyone and everything. A teacher cannot teach and a pupil cannot learn in a class when a minority behaves offensively and without respect.

“The behaviour of our pupils today influences their tomorrow."

Noting that the campaign is an opportunity to press the reset button on behaviour and establish better habits, Councillor Glynog Davies, Cabinet Member for Education and the Welsh Language, said:

"Our aim in Carmarthenshire is to create young people who, after being educated here, create a life here and contribute to our community.

"Offering them the best possible guidance on how to behave in a way that gives them the best chance to succeed in life is our duty as an authority."