Please visit our Newsroom for up to date information and how you can help and support the people of Ukraine. You can also follow us on Facebook and Twitter. 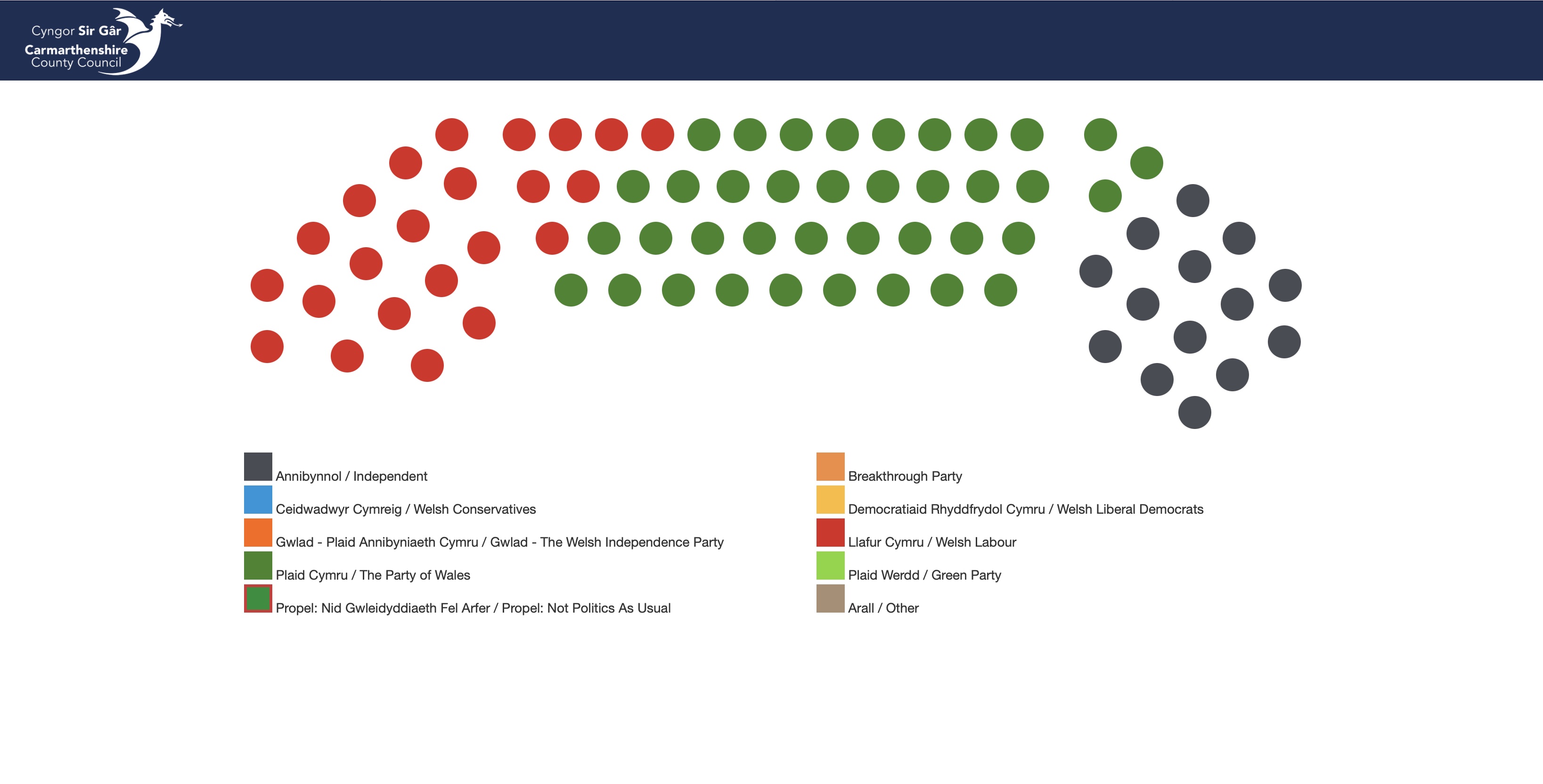 The results of the 2022 Local Elections in Carmarthenshire have been declared.

Information about new and re-elected councillors for all 51 electoral wards can be found at www.carmarthenshire.gov.wales/elections

Plaid Cymru has secured 38 of the 75 seats; Welsh Labour has secured 23 seats; and the remaining 14 have been secured by independents.

Parties and groups will now meet to discuss and decide how the council’s administration will be formed.

Over 41 per cent of eligible voters in Carmarthenshire turned out to vote in the 2022 Local Elections on May 5, the first time 16 and 17-year-olds in Wales were able to cast their votes for county, town and community councils.

The results of the 2022 Local Elections in Carmarthenshire have been declared.